“The People, United, Can Never Be Defeated ! “ It was a  warm July evening. The sun was about to set and pave way for that wondrous rock made of cheese in the night sky. Tonight, was no ordinary moon though; for it brought forth the heavenly Super-moon. No, the moon didn’t suddenly gain super powers; although that would be kind of cool to imagine.

Super Moon ! Objects in image are much larger then they appear.

The Super-moon is the same moon, except it appears much larger and brighter than usual.  The scientific community calls this phenomenon the “Perigee moon.” The Super-moon shed I witnessed tonight shed light not just on myself and the people around me but on an issue that needs the world’s undivided attention…

On July 8th 2014, While some of you were devastated by Brazil’s 7-1 loss to Germany, the Palestinian people in Gaza were devastated by something much more drastic and painful; the launch of ‘Operation Protective Edge’ shortly after terminating ‘Operation Brother’s Keeper’ by the Israeli Defense Forces. Prior to this, 3 Israeli youth were kidnapped and eventually found dead. Thus, the blame game started. It doesn’t matter who killed them, it was wrong to do so. They were young men barely starting their life’s journey .

But I ask you now, from one human being to another, does that justify the bombardment of a nation of people? Innocent civilian bystanders who had nothing to do with anything remotely political had their homes and their lives destroyed by the Israeli troops. Do these actions justify the loss of a loved one by a Palestinian child? Not in my humble opinion.

You have to understand that even if Hamas bombs targets in Israeli Occupied territory, in no way is it the average Palestinian’s fault. Nor is it the fault of the soldier that detonated the explosions or pulled the trigger. Why? Because they are only pawns following orders from above in this chess game of life and death.

The real culprits are the ones behind the scenes, pulling the strings and calling the shots. They’re basically sending the poor folks of their country, to kill the poor folks of another country and they don’t realize how much they have in common with the people they’ve been made to believe are their enemies. The same can be said about the US-Iraq & Afghanistan conflicts or any war for that matter. 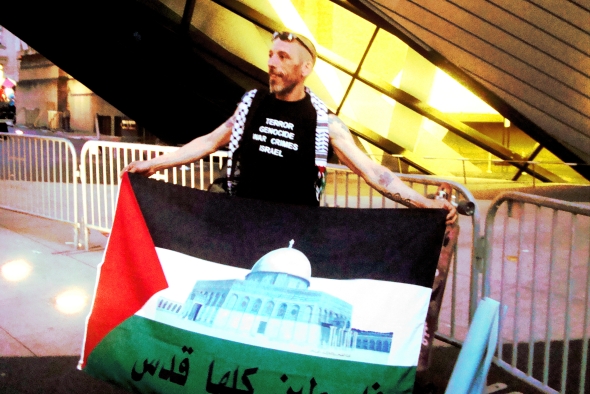 It’s always some poor man fighting a rich mans battle, while the rich are drowning in their materialistic luxuries.They are minting money by funding both sides of the war by supplying both sides with arms & ammunition. War is an industry in the trillions. On more than one occasion, many false flag events have been used in history as an excuse to invade and bombard a country under the guise of ‘Democracy’.

You might remember the invasion of Iraq of 2003 where Saddam Hussein was overthrown. Remember what the excuse for invading Baghdad was? Weapons of mass destruction. What a horrendous joke that turned out to be. Till this day, no weapons of mass destruction were found. I wonder what happened to “Innocent until proven guilty” ? I thought this notion was an integral part for many charters of rights for the so-called ‘democratic industrialized nations’. Oh well.

“Am I invisible, because you ignore me?” -MJ

In any society no matter how developed, crime becomes an inevitable dark side when people don’t have equal access to the allocation of resources. People get murdered, raped and kidnapped every single day. Crimes of this degree generally evoke a feeling of disgust in me because there is no justifiable action and no cause good enough to commit them regardless of the circumstances the individual has to deal with. On the other hand, petty crimes, like a hungry child pick pocketing or stealing food because they haven’t eaten all day;  I can accept. That’s just my personal sense of justice.

This is the case in all, if not most nations of the world. But you don’t see everyone in a destructive frenzy, bombing one another. It’s an understatement to say what the Israeli army did was an over-reaction to a threat that does not exist. A message to David from Goliath to not mess around perhaps? Like it was David’s fault in the first place.  David is in shock and has no idea what the heck is going on.

Israel has one of the most technologically advanced armies in the world and has by far, the highest ratio of defense spending to GDP, higher than any nation. And they claim to feel threatened by a small insurgent movement by a couple of displaced Arabs who are fighting for their own liberation? I call bullshit. Again just to clarify, When I use the word “Israel” I don’t actually mean the entire country and all its people. They have nothing to do with anything.

I’m referring to the Zionist policies that plague their political affairs. The rabbit hole goes deeper than just the politicians on the surface. They are the representatives with faces but they don’t make the real big decisions. They’re not really as powerful as people assume they are. There is a quote by Mark Twain that I cannot agree with more: “If voting made any difference, they wouldn’t let us do it.“ 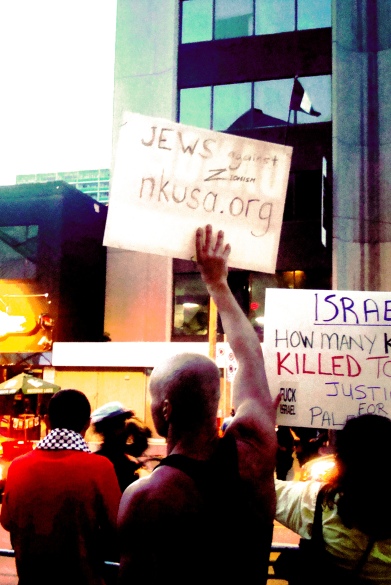 I was fortunate enough to attend a peaceful rally held in front of the Israeli consulate. People of all age groups, sizes and nationalities banded together as one collective in spite of their differences to show their support for the people of Palestine. People like these are truly the last glimmering hope of humanity.

Just imagine you were updating your Facebook ( click me ! ) status or uploading your dinner on Instagram and out of no where, the country you live in starts getting bombarded. In addition, pretend that you haven’t had any food all day long because of Ramadan or maybe because of that new trendy detox diet that you started to follow. Imagine the state of panic and the levels of stress you would have to deal with in that kind of situation. To make matters worse, you just lost half your family and friends because of an air strike. That’s what the people of Palestine, Iraq & Afghanistan and more recently Tunisia & Algeria came face to face with on a daily basis.

Glimpse of the Rally

How beautiful it was to see them chant in unison. All they chose to say were slogans like “Free-Free-Palestine” & “Don’t repeat the holocaust”. And what did they get from the counter opposing Israeli supporters? “Palestine? Never heard of it.” ,”Your country doesn’t exist!”, “More settlements !”. The supporters of peace and love I saw weren’t provoking their opposition in any manner.

Is this what we have really become? Cold, heartless and vile creatures that have no regard or value for a fellow being’s life? Tell me then, what makes us different from the killers of those 3 young men should we choose to behave in such a vengeful manner? Gandhi once said ” An eye for an eye makes the whole world blind” : couldn’t be more closer to the truth than if it was standing on top of truth itself. 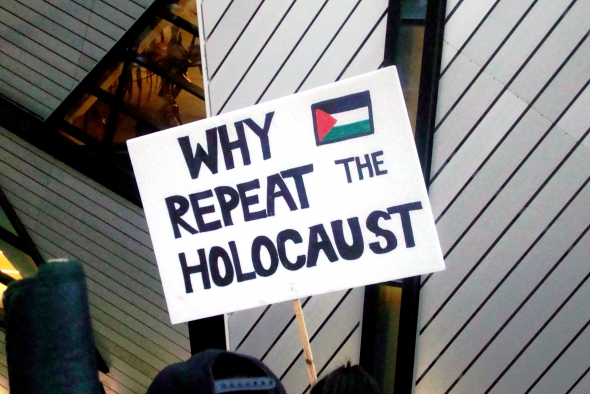 Stop doing to us what the Nazis did to you!

The whole situation where we continue on with our daily lives, eating our fast food, watching our stupid TV shows and vampire/zombie series; each one claiming to be “Not just another vamp/zombie flick”, shopping for excessive stuff that is well beyond what we require. In Essence, we know that it’s happening and we say “oh poor things, I feel so sad” and then 5 minutes later after the news report is over and your screen is bombarded with advertisements, you’ve already forgotten.

We are the world! We are society,each one of us, all of us! If We don’t act even in the smallest way to change our world for the better, If we don’t BE the change, then who will? The Martians maybe?

What ever you look like and what ever language/languages you speak doesn’t matter because we’re all here as Earthlings ; like microbes on a spec of dust wandering through the universe. Before your nationalistic pride, before you’re country and its political allegiances, Remember that you are a human being just like the ones you see getting killed for no reason on the telly. 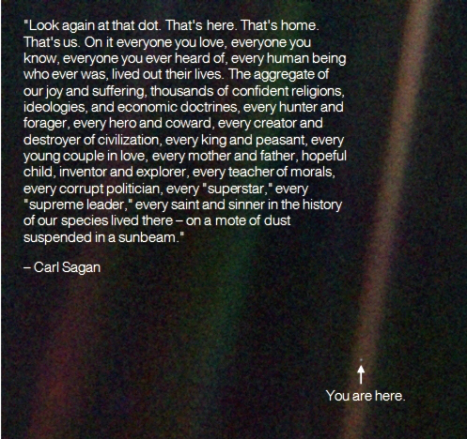 Ironically, one of the songs I’m about to share with you is titled “Zombie” by a band called ‘The Cranberries’. Don’t let the name fool you though. They’re pretty awesome. They have picked specifically that song and merged it with clips of  the ‘Tears of Gaza’ documentary to create nothing short of an informative masterpiece.

I will conclude this post by leaving you guys with a dramatic rap music video by an Egyptian-Danish Rapper ‘Zaki’ with the lyrics that illustrates what day-to-day life is like in the Gaza strip. You may think that you are powerless but every one of you makes ‘the’ difference. A small leak, sinks the mightiest of ships!

Please spread this as much as you think you can. Imagine, if we updated our Facebook & other social media with the real stuff that’s happening in our world right before our very eyes, instead of the unending updates on which  team won a sport or what we’re having for dinner.

Remember that they are few and ye are many. They need us. We don’t need them. They know this very well and constantly try to distract us by dividing us through religion, class and keeping us in a state of fear. In reality, they are the ones who fear us and our true potential for greatness; if we set our trivial differences aside. “The people, united, can never be defeated!” =)

in the world’s biggest prison,

With walls en-surfing all the muslims & christians.

And where war is certain,

cause of the hatred they’re preaching;

When they founded this system,

they built it up on divisions.

were built to bury us;

See our bodies can’t get through, So our words carry us!

Carry the legacy of our ancestors,

their stories live on, even when their bones are dust.

A country with a people, for a people with a country

Till all the people in the country equal up to nothing.

And the story of war, is told by the people who won it.

So the victims of the war, were the ones that begun it?

And this twisted life, was continued over decades.

United Nations didn’t own what they gave,

but the Zionists accepted and founded their safe haven.

ye hey hey hey, will haunt you one day!

All the walls you build, everything will fade away!

Yea! it will all fade away.

I spit for Gaza strip,

Spit for my people caught up in the middle east

spit for Indigenous populations of all nationalities,

cause when they massacre civilians,

to propagate their lies,

Zionist lobbies, they built up their ties.

They say that conflict is inflicted with religion,

Nothing but repeaters feeding us the same lies,

that they’ve been scripting .

And any voice of opposition,

towards Israel is labelled, Antisemitism.

Now you find rallies against your wall, hosted by rabbis,

when you’re looking for allies,

you have to hide the fact,

that there were people called Canaan and you colonized the people in a country,

that was mentioned in the Bible, As PALESTINE !

All the bling & all the money & all of your houses and all of them wars you build will vanish.

(They say there will be a day, we have to pay, Resurrection of Canaan, there ain’t no other way.)X2

(There’s a price for all you have slain, all the people you have killed, with all your bombs and your raids.) X3