Friggatriskaidekaphobia    (Yes, it’s a real word):
“The fear of ‘Friday the 13th’.  Frigga is for Friday, the triskai is for 3,  deka means 10,  triskaideca means 13 and phobia means fear.”

‘Friday the thirteenth’, has always been looked at through a lens of irrational superstitious belief since time immemorial. Or has it? 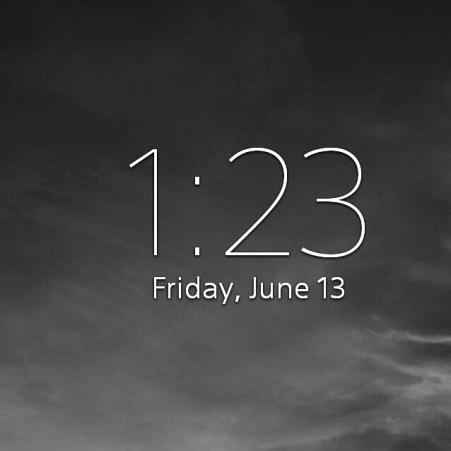 Apparently this idea didn’t exist early on; at least not in any written record that we know of until the nineteenth century. In today’s culture however, it’s presence has a significant psychological impact on a select few individuals. It’s grip on them has actually caused them to develop a paralyzing phobia of the concept altogether.

I wouldn’t blame people with this inner fear. If you break up Friday the 13th you have Friday and the number 13. Both the day and the date are actually two separate tokens of bad luck and misfortune that have been fused together to form the super omen of adversity we see presently.

Friday has generally been viewed as a day of rest and people were discouraged from actively participating in profound work or life events on this day.The view of the number 13 being unlucky has to do more with it’s preceding neighbor; the number 12. Why 12? Because in numerical terms, 12 forms the foundation of chronological cohesion.Ask yourself the following questions:

1) How many hours are on the face of your clock/watch?

2)How many months are there in a year?

3)The number of Olympians in ancient Greek mythology?

4)How many tasks did Hercules have to accomplish?

5)The number of sons of Norse God Odin?

6)How many tribes of Israel are mentioned in the Bible?

7) How many apostles did Jesus Christ have?

9)The number of pairs of ribs in the human body?

10)The number of inches in a foot & number of Pence in the old British Shilling?

11)How many face cards are there in a deck?

12)The number of steps, traditions and concepts of Alcoholics Anonymous?

12 forms a fundamental part of ‘the structure’ regardless in the field it is present in; like theology, astronomy,biology etc.It’s looked upon as a cosmic numerical value. That is precisely why the umber 13 has such a bad reputation. Because  the introduction of the 13th value, causes a disruption in the pattern. There is a shift in the chronological balance of things and chaos ensues. Think of ’13’ as the ‘odd one out’.

A few Friday the thirteenths back, I realized something profound.Despite the fact that there could be a million and one reasons for each person out there to cease to exist and blend completely into the vast expanse of space; we’re still here! (For now at least).Of course, anyone else could experience the same at any given date or time. Friday the 13th just happened to be mine.

It’s on days like this where a certain awareness dawns upon us. When we realize that we should go forth, leaving no stone uncovered and ‘live’ each & every moment to it’s fullest capacity; as we slowly yet surely come to terms with the fact that the legendary Friday the 13th is not any more ‘luckier’ or ‘unluckier’ than the mundane ‘Thursday the 12th’ or ‘Saturday the 14th’.

10 Years and running ! =DFebruary 4th, 2020
This would'nt be possible without you guys. Thank You all!- the Lycanlover